Malay And Their Void Deck Wedding

This is just a post where I will personally rant on my thoughts on the ever so hot topic of Malay weddings under the void deck. 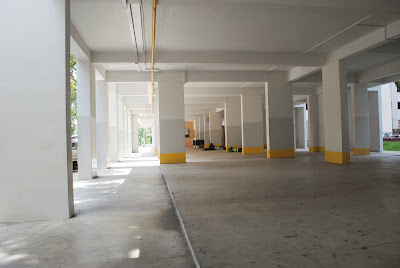 This, my fellow reader is a typical void deck of the blocks of flats we Singaporeans live in. Not much of space, just a humble enough of space to make you wedding day come true. I, myself, am doing a void deck wedding. I don't get what is up with all the hype and "hoo-haa" about us Malay especially making a ceremony under our blocks.

This customary trend, you may say, have been going on for ages, decades, maybe. But why now? 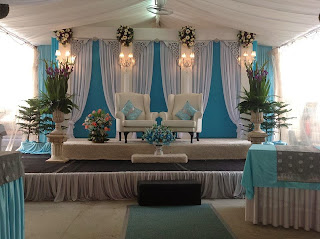 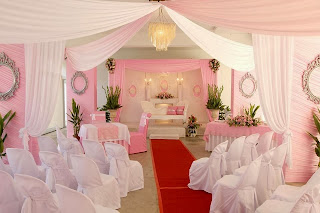 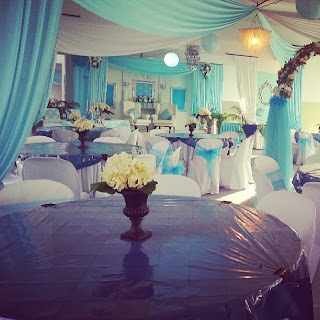 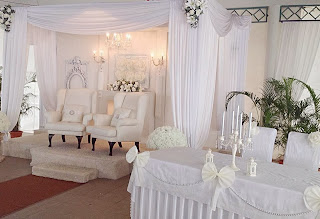 Some of the beautiful dias set up under the void deck for a Malay Wedding. Yes, its how the magic hands can turn such boring, no concept void deck, to a great location. A wedding come true to some bride and groom!
P/s: Pictures are from the amazing deco from Jss Deco. You can look through their works, here.

I personally remembered when I was younger, say 10 years ago, when weddings were held under the void deck, everybody was happy. Except that they play their entertainment and songs maybe a little too early for a Sunday. I reside on the second level, thus the noise level was relevantly high for me. I did not need any alarm, just the songs from the wedding to make me wake up! Haha.

But one thing I vividly remembered, all the apeks, nyonyas, and even the indian houswife and husband, will stand at the sidewalk just to look at how a Malay wedding was like! They will go "wow" at every thing they saw in a malay wedding under the void deck. They willingly stand for quite a long time, just to catch a glimpse of the wedding, also to look at the bride and groom.

I guess, as the younger ones gets older, and the older generation pass away, the racial harmony, the joy of looking at other racial ceremonies just dies off. We have no respect for each racial ceremony, I am saying in a general term though. I remembered only having Chinese and Indians as classmates. Our textbook even have that illustration of the four different races. I am not saying having foreigner is not good, but Im pretty sure nowadays its just too congested.

Back to Malay wedding, I dont know why, but I really hope Singaporeans of the different races are able to understand our need to have it under the void deck. No, its not a $50 wedding. It is more than that, much more. Personally, I find it much convenience having my wedding ceremony under my void deck as if I ever forget anything, I know I am only a few steps away.

Also, I always like the idea of "gotong-royong" or simply translated as get together before the wedding. All of our uncles, aunties and cousin from all over the world, will be there to lend a helping hand to do last minute touch-up for the wedding. One thing about being Malay that I love is how they are so helpful with each other.

I wouldn't want to compare to any other race who held ceremonies of their religion under the void deck. Because as a Singaporean, I have always respect other religion practises, how noisy, how some times, affect my normal day, I know it is not going to hurt me. It's their happy moments, or even a religious practise, how can I possibly be rude by giving such crude remark. Let them be, I always say this, "If you want to have peace, quiet, go buy a bungalow or a private estate." As simple as that.

Singapore government has already taken too much ridiculous measures after complaints of whiny Singaporeans or even some foreigner. But if they really are going to do something drastic, or as sad as taking away the privilege of doing a ceremony under our void deck, I personally will feel disappointed with their actions.

I hope Singaporeans can stay strong for each other. We know its not easy living in this concrete jungle. We are tied down, and to listen and always nod to the government. Don't make matters worst. We all shall live in peace, harmony and understand each others race.

Posted by NuyulAishah Parker at 23:17 Nuyul Aishah.
I have always chose to believe I am sweet seventeen.
Another blog of a BTB.